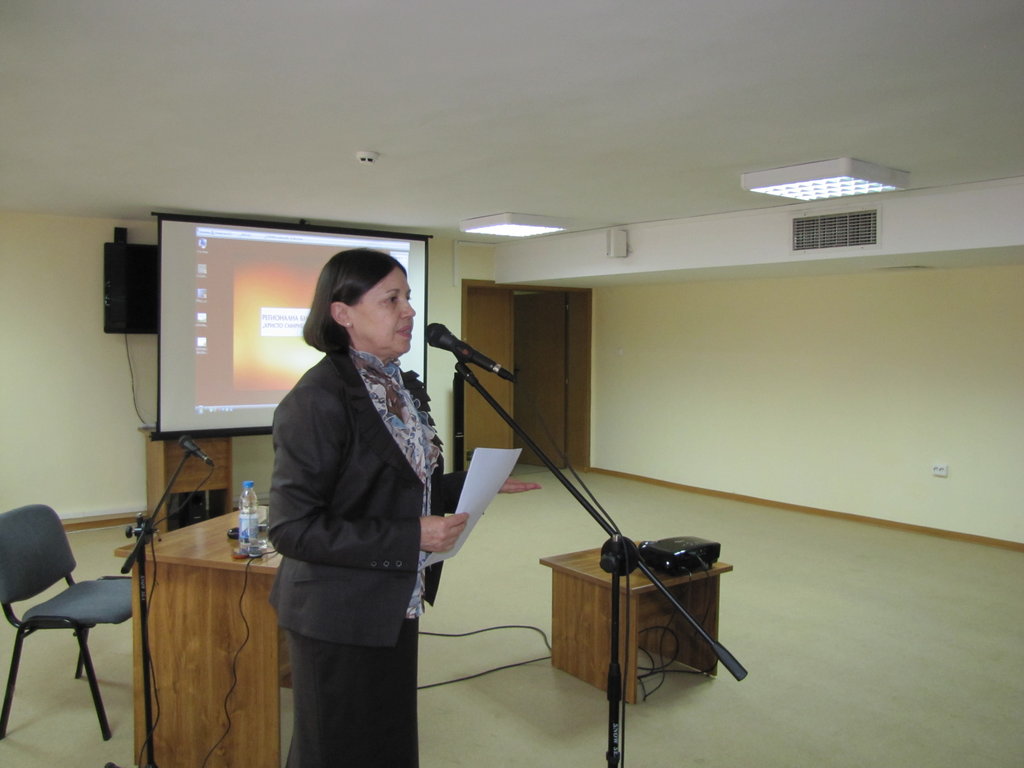 On 21 – 22 November 2012, Hristo Smirnenski District Library in Pleven hosted a meeting focusing on the exchange of good practices under the Glob@l Libraries – Bulgaria Program among target libraries from Sofia and Pleven districts. Meeting participants included more than 70 librarians from the two districts. The GLB Program Management Unit (PMU) was represented by Ms. Krasimira Kaneva, Regional Manager.

The forum was opened by Ms. Anya Mihova, Director of Hristo Smirnenski District Library in Pleven. The hosts of the event and librarians from target libraries in Pleven district presented their activities under the GLB Program. Participants’ particular interest was drawn by the movie lectures delivered with the support of the ICT equipment and presenting masterpieces of world cinema from the near past as well as the music nights dedicated to jazz and classical music.

The guests toured the new library and attended a demonstration of modern library equipment operations in Hristo Smirnenski District Library.

Two sessions moderated by the District Coordinators Ms. Galina Tomova and Ms. Galina Rasheeva included presentations on Sofia district target libraries’ experience under the Glob@l Libraries – Bulgaria Program, followed by a discussion among the librarians from the two districts.

Krasimira Kaneva, Regional Manager, presented the results of the computer monitoring software and the forthcoming activities under the GLB Program and highlighted the opportunities for its sustainable development.