The ceremony of the official opening of the computer room in the library with chitalishte "D. P. Sivkov" in the town of Nova Zagora was attended by the mayor of Nova Zagora municipality Nikolay Grozev, the deputy mayor Danka Chilikova, the municipality secretary Kosta Kostadinov, the Glob@l Libraries - Bulgaria Program district coordinator for Sliven Rositsa Petrova-Vasileva, employees of the municipal administration, chitalishte members, many students and citizens.

Georgi Nikolov, chairman of the chitalishte, and Rositsa Petrova-Vasileva addressed the attendees and the library workers. Ms. Petrova-Vasileva wished the library to have an ever growing number of users and the library to become a part of the local community's life. After the speeches, the traditional tricolor band was cut by the mayor of Nova Zagora Nikolay Grozev, the chitalishte representative Georgi Nikolov and the district coordinator. The main activities and the new services which shall be offered to patrons were presented to the event attendees. 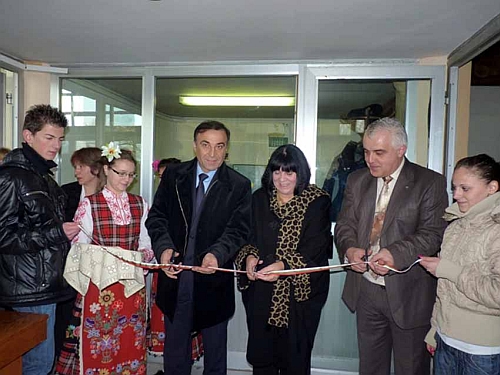 Later, the computer room with chitalishte "Desko Krastev" in the village of Asenovets was officially opened. The celebration started with performances of chitalishte art groups. A traditional Thracian dance with bread, wine and blessings for success and prosperity was performed as well. The district coordinator for the Sliven district Rositsa Petrova-Vasileva spoke to the many people gathered on the benefits to the local community stemming from the participation of the chitalishte library in the Glob@l Libraries - Bulgaria Program.

Congratulations to the chitalishte members and event guests were also extended by Veska Valcheva, director of Culture, Media Policy and Ecclesiastical Matters Department in the Nova Zagora Municipality. After the official opening of the computer room the village mayor - Krastyo Stoychev - poured water from a traditional celebratory copper bowl for success of the program. 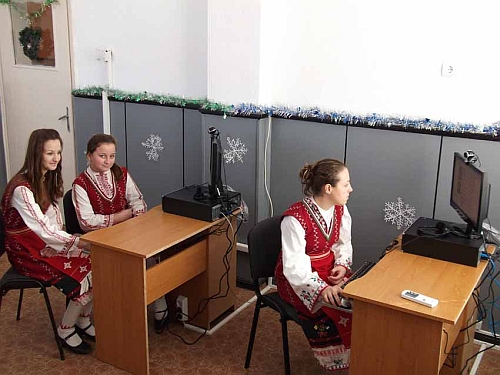 In the early afternoon, the computer room with chitalishte "Petko Enev" in the village of Banya was also opened with a celebration. The celebration started with performances by the singing group with the chitalishte and students from the local school. The tricolor band of the computer room  was cut by Rositsa Petrova-Vasileva and Veska Valcheva, director of Culture, Media Policy and Ecclesiastical Matters Department in the Nova Zagora Municipality. 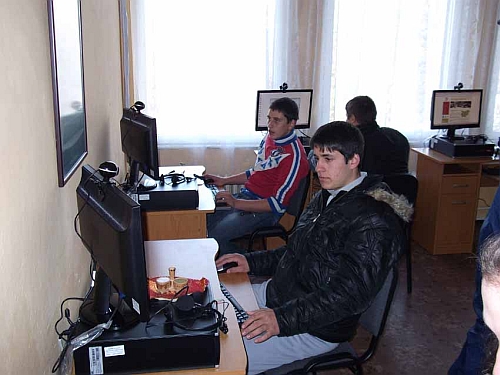