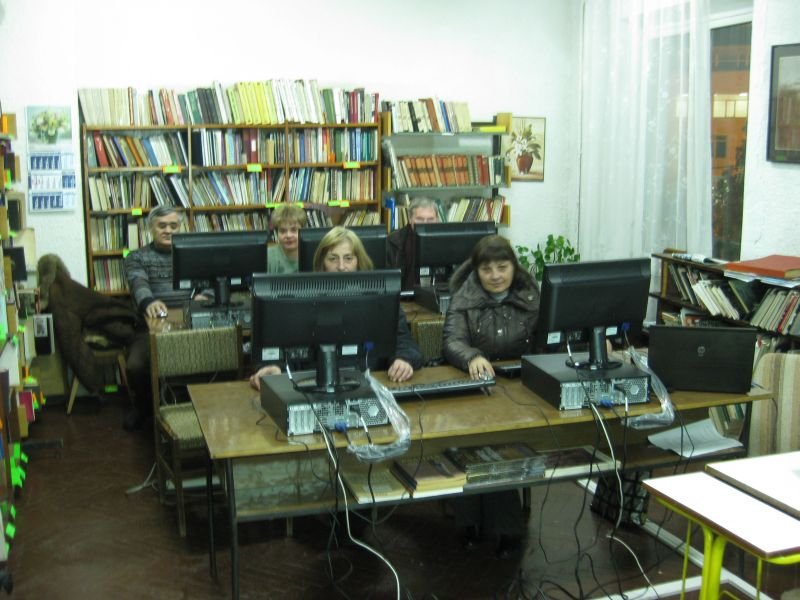 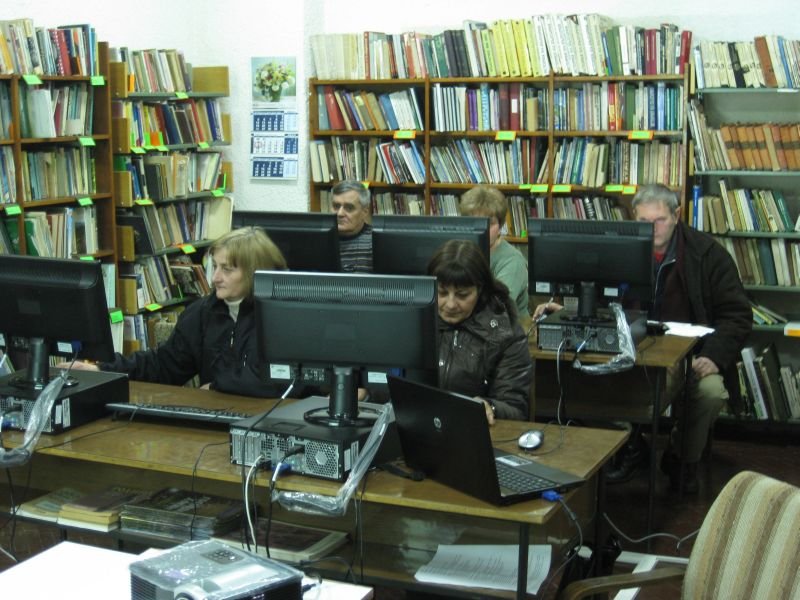 For one year, the library team at Napredak 1895 Public Chitalishte in Radomir has been systematically analyzing the visits and the usage of the computers provided under Glob@l Libraries – Bulgaria Program. Users included mainly children up to 14 years of age who accessed the internet due to the following reasons: no computer or internet access available at home; to escape from the parental control over their global contacts which in turn enhances librarians’ role for ensuring safe internet usage.

The chitalishte in Radomir is equipped with an internet center established in 2002 under the Chitalishte Project. Over the years, more than 700 people were trained. We have worked on continuing education projects for people aged 50+. The availability of the new equipment raised the big question: what shall we do with it and where shall we focus our efforts in order to be helpful and ensure maximum utilization of the new computers? We did not have any idea if there would be people willing to take part in trainings for many training courses had already taken place over the years. Moreover, we did not want to see another year of computer usage for entertainment purposes.

We studied the demographic characteristics of the town’s population. The total population is 14,494 inhabitants (according to the latest census), of which 1,397 are school goers who live and study in the town and 4,116 are people aged 55+. A large part of the elderly population had never used (or known how to use) a computer, or how to access the internet. There are computer rooms in the schools in Radomir and most of the children have computers at home. We decided to launch computer literacy courses for people aged 55+ and use our experience in such trainings. We announced them and had the information widely covered by local and regional press and electronic media. In just a week, 45 people enrolled. With the support of our internet center computer specialist, we developed a ten-day training program consistent with the trainees’ age. On 9 January 2012, three training groups started their classes.

More than half of the trainees in the first groups had never used a computer. At the beginning of the training, we delivered presentations on the training material which were very well accepted by the trainees. What did we achieve?

1. The trainees overcame their fear of the computer equipment.
2. We managed to motivate them to continue learning after the end of the training course which they will be able to do through access to everyday advice and assistance provided by the librarians.
3. We taught them some basic internet usage skills: they created their own email accounts and Skype profiles; we printed out the web addresses of the most popular websites where they can access information, etc.
4. The good thing is that the groups were composed of five trainees which guaranteed that the necessary attention was paid to each and every trainee during the classes.

What are the benefits for the library?

1. The new capacities of the library as a modern information center were promoted.
2. Trainees use the computers after the end of the training courses.
3. The number of computer-related visits increased five times.
4. The professional perspective to the librarian’s role changed: librarians are already library and information specialists.

What are the benefits for the chitalishte?

1. In the context of changing socio-economic conditions, the chitalishte enhanced its role as a center for continuing education and training of the town’s residents without overlooking the opportunities to involve young people in more attractive forms of classes. The chitalishte’s role has gradually shifted from a culture institution with a focus on amateur activities to an education and training center for the town’s population.
2. The skillful combination of new information and communication technology and traditional chitalishte activities results in a new perspective to the development of the modern chitalishte – a culture and information center for the local community.

The above conclusions were made based on summarized questionnaire feedback provided by trainees after the end of the training.

On 30 January 2012, another three computer courses for readers will be launched.