Начало » awareness » “Life Is Priceless! Do not Substitute It for Drugs!” Health Campaign in the Town of Roman, March 2012

“Life Is Priceless! Do not Substitute It for Drugs!” Health Campaign in the Town of Roman, March 2012

Roman has 3,600 inhabitants and lies in Northwest Bulgaria. There are three schools and one local culture club (“Chitalishte”). Since its establishment in 1907, the Chitalishte has housed a public library. 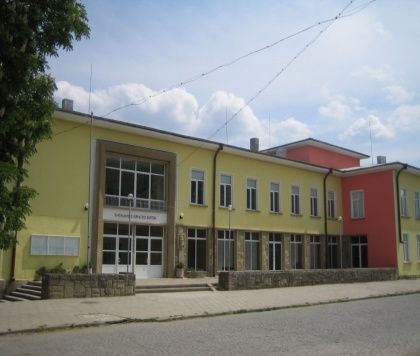 Today, Roman’s public library is a member of the Glob@l Libraries – Bulgaria family. In 2009, 3 desktop computers, a multimedia projector with a screen, a multifunctional device and a router were installed there. The Roman Municipality ensures permanent access to the Internet. For years, the library and the school in Roman have partnered in various initiatives.

The Bulgarian Ministry of Health has been implementing its Informed and Healthy Communication Strategy since January 2012. One of the campaign’s goals is to curb the psychotropic drug abuse among young people. The motto of the campaign is “Life is priceless! Do not substitute it for drugs!” Along with other 230+ GLB target libraries as of April 2012, the Roman public library participates in this health campaign: 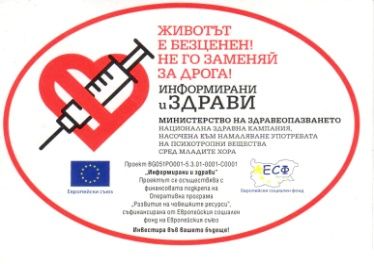 Ms. Nadia Mihaylova has worked at the Roman chitalishte for 22 years – first as a chitalishte secretary, and then as a librarian since 1995. She decided to use the campaign materials made available to the GLB target libraries by the Ministry of Health - brochures and videos - to provoke a health-related debate among young people in Roman.

“I got in touch with Ms. Hristina Petkova, Director of the local Vasil Levski Secondary School and Nikola Vaptsarov Social Services Complex for Children and Families”, Nadia says. “We considered having a discussion at the library with school goers on the topic “Risk of Psychotropic Drug Abuse”, and using the information materials created by the Ministry of Health. I believe that the library can be an active player in prevention work. If we get actively involved in this, the number of cases registered at the Children’s Pedagogical Room, or in hospitals, will certainly drop. We invited the Public Health Specialist of Roman Municipality, Ms. Chelakova, and elaborated a schedule so that all Roman high school students could attend the public health events at the library.

Ms. Chelakova gave a lecture on drugs – types, description, effect, consequences. Then the children watched the five videos on amphetamines, ecstasy, cocaine, marihuana, and heroin which I had downloaded from the Ministry of Health website. The videos were shown with the multimedia projector provided by Glob@l Libraries – Bulgaria.

School Director Petkova says: “This school year sees 330 students from the 5th to 12th grade enrolled at the Vasil Levski Secondary School. Our class teachers’ syllabi include topics on prevention of psychotropic drug abuse. During one of the joint initiatives organized by the school and the chitalishte library, the high school students were strongly impressed by the topic of psychotropic drugs, the way the information was presented, and the five videos”.

The students found the library events useful as well: “Before I saw the videos, I had some idea about psychotropic drugs and the related consequences. Now, everything has become clear. The lecture was really interesting and helpful for me and my schoolmates. I always want to learn new things and gain some experience. However, I would never try drugs because I would never want to be in the condition of the people from the videos. I think one can be happy and deal with difficult situations without any drugs or alcohol. After all, it is a matter of personal choice”, said Nezabravka Marinova, 10th grader, after the meeting.

Librarian Nadia is convinced that Glob@l Libraries – Bulgaria changes the role of public libraries, as they become an eye-opener to the infinite global information space.