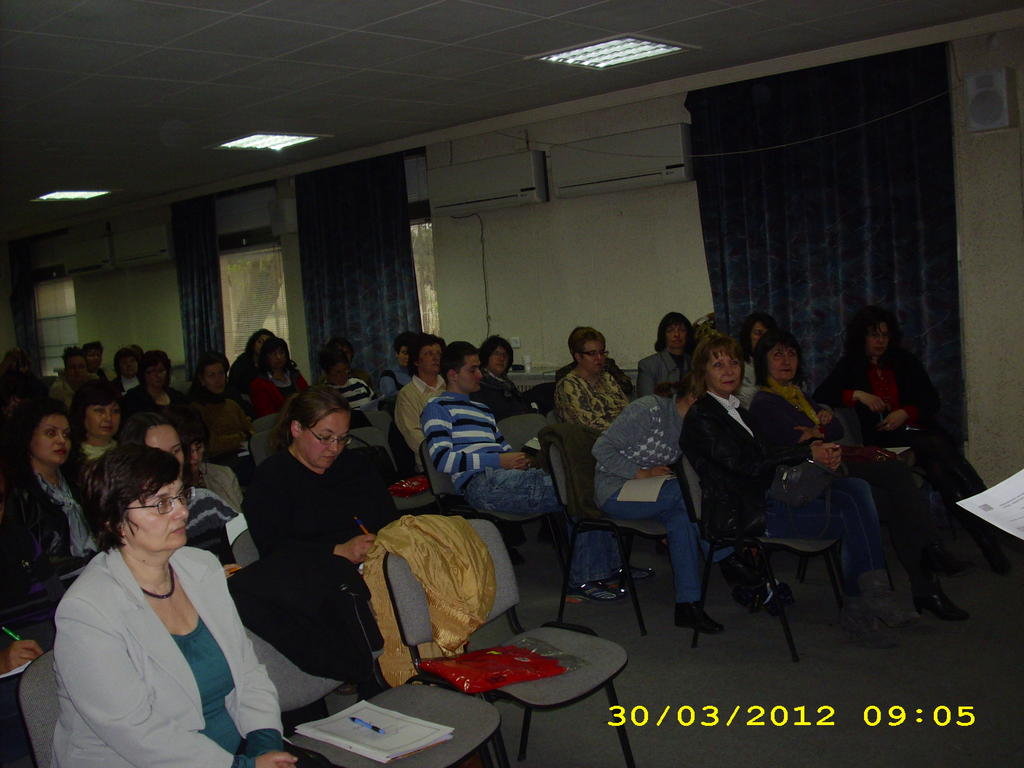 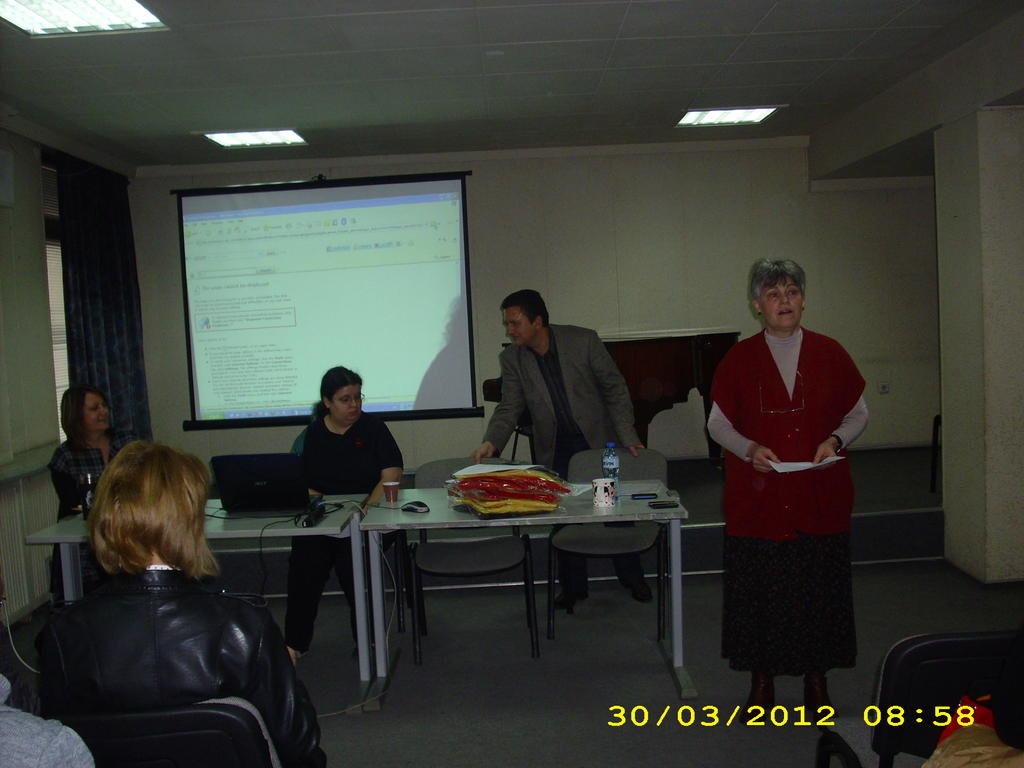 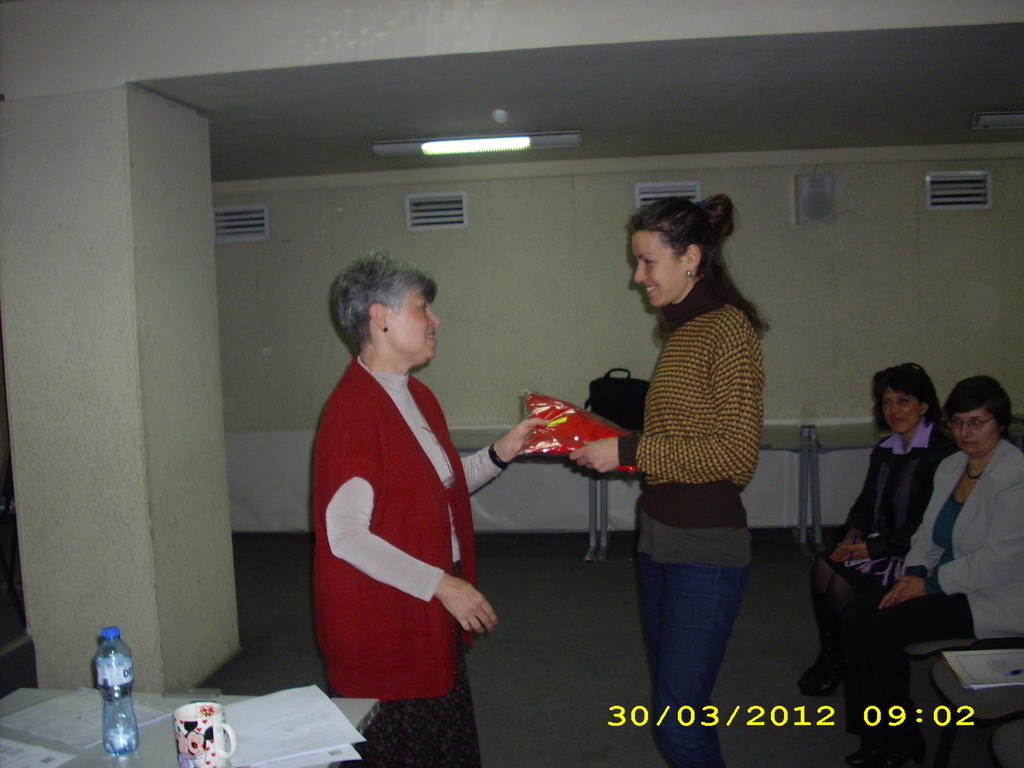 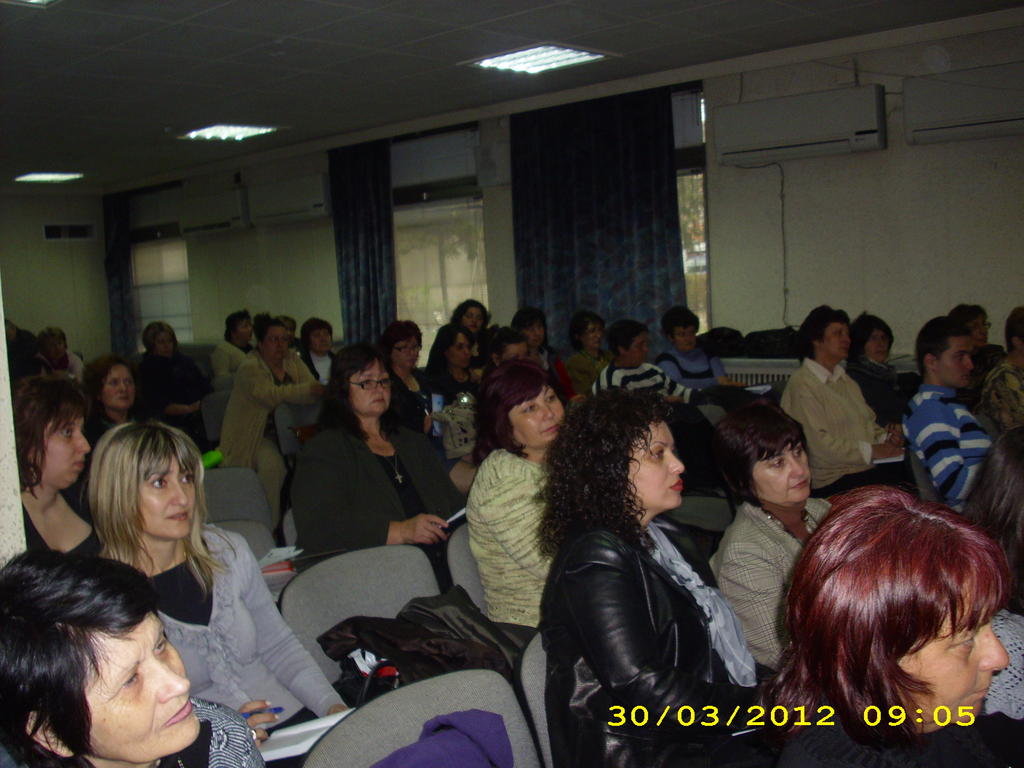 On 30 March 2012, a work meeting of librarians representing the target libraries under the Glob@l Libraries – Bulgaria Program from Plovdiv district (49) took place at the Lecture Room of Ivan Vazov Public Library in Plovdiv. The meeting was initiated by the GLB District Coordinator Zlatka Ivanova and held in close cooperation with the PMU. It was attended by 52 representatives of target libraries. PMU representatives included: Silvina Furnadzhieva, Portal Associate; Luba Devetakova, Monitoring and Impact Manager; Krasimir Hristov, Regional Manager for Plovdiv. The idea for the meeting, designed as a training event, originated following the overall update of the program’s portal announced by the PMU and aiming to open it to the broad range of users and mostly to librarians from target libraries by giving them space to perform individual work and provide individual contributions. In the context of this intentional effect, the biggest part of the meeting was dedicated to presenting the portal in its entirety (in terms of structure; links between the shared information and parts; web design decisions; short-term development prospects; access to users outside the network of target libraries). A more detailed presentation of the individual sections and subsections followed, in particular “My Profile”, “Add Content”, “Video Gallery”, “Publish News”, “Quarterly Report”, “Photo Gallery”, “Edit Content”, “Forums”. Silvina Furnadzhieva was surfing the labyrinth of our known/unknown portal and created conditions for active listening, ownership and participation by attendees in a professional, intelligent and balanced manner compliant with the needs of the glob@l guild in Plovdiv. Krasimir Hristov took an active part in the presentation of the “Photo Gallery” section and was successful in advising librarians on how to reformat pictures taken on different occasions and showcase them successfully on the portal. The meeting also discussed our favorite topic of registering and structuring all program activities taking place in target libraries into the quarterly reports and successfully presenting them on the portal. Luba Devetakova, who is familiar with the audience in Plovdiv, presented the topic with ease and precision and managed to build on the information related to the topic. She highlighted again that the results of library activities, correctly and comprehensively reported in the quarterly reports, are the basis for reporting Bulgaria’s progress in the context of Glob@l Libraries goals. Complementing each other, Luba Devetakova and Krasimir Hristov outlined the program’s development in the short term. Zlatka Ivanova presented the work done by her and the person in charge of the training facilities, Tanya Pileva, on the preparation of the trainings to be held in the spring session, identified problematic issues, thanked her colleagues from target libraries participating in the trainings to be launched on 2 April 2012. She highlighted the fact that her work under the program was successful also due to the support of the entire Methodology Department of Ivan Vazov Public Library. The District Coordinator also presented to the audience the newly appointed librarians in the target libraries from the district.